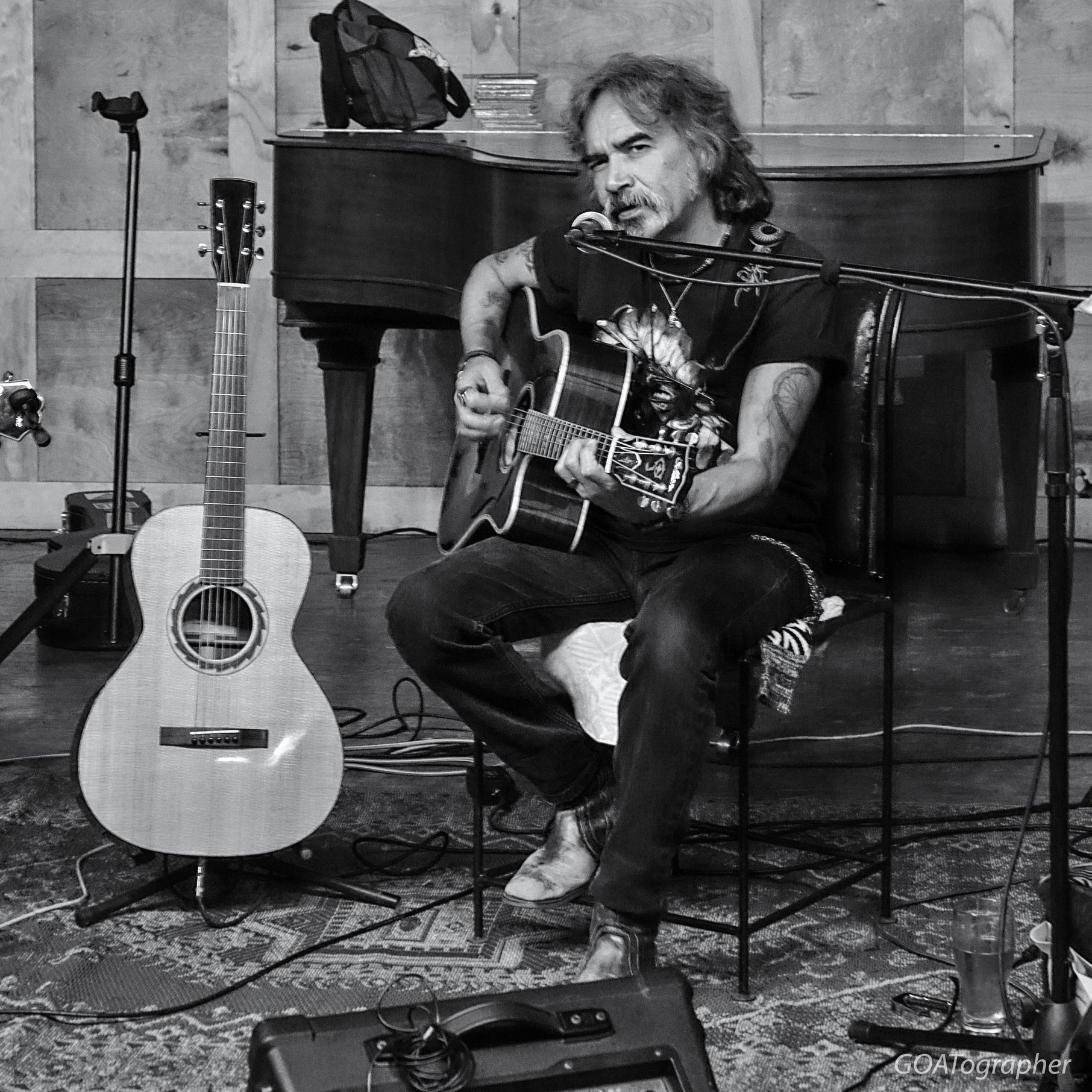 Tucsonan since 2009, singer, songwriter, performer and recording engineer, Oscar Fuentes was born in Guadalajara (Mexico) in 1968. He started his music career more than 30 years ago, as a drummer and singer. He later became the lead singer for hard rock bands. By the mid 80s, Oscar began to evolve as a solo artist, playing at alternative venues, cultural centers, as well as universities, bars, etc., performing his own material and songs by his favorite songwriters.

Oscar has traveled extensively with his guitar all over Mexican territory, placing himself firmly in the country’s music scene, specially in Guadalajara.

His music mixes several genres, from rock & roll to salsa, including pop, musica ranchera, and of course, some blues.