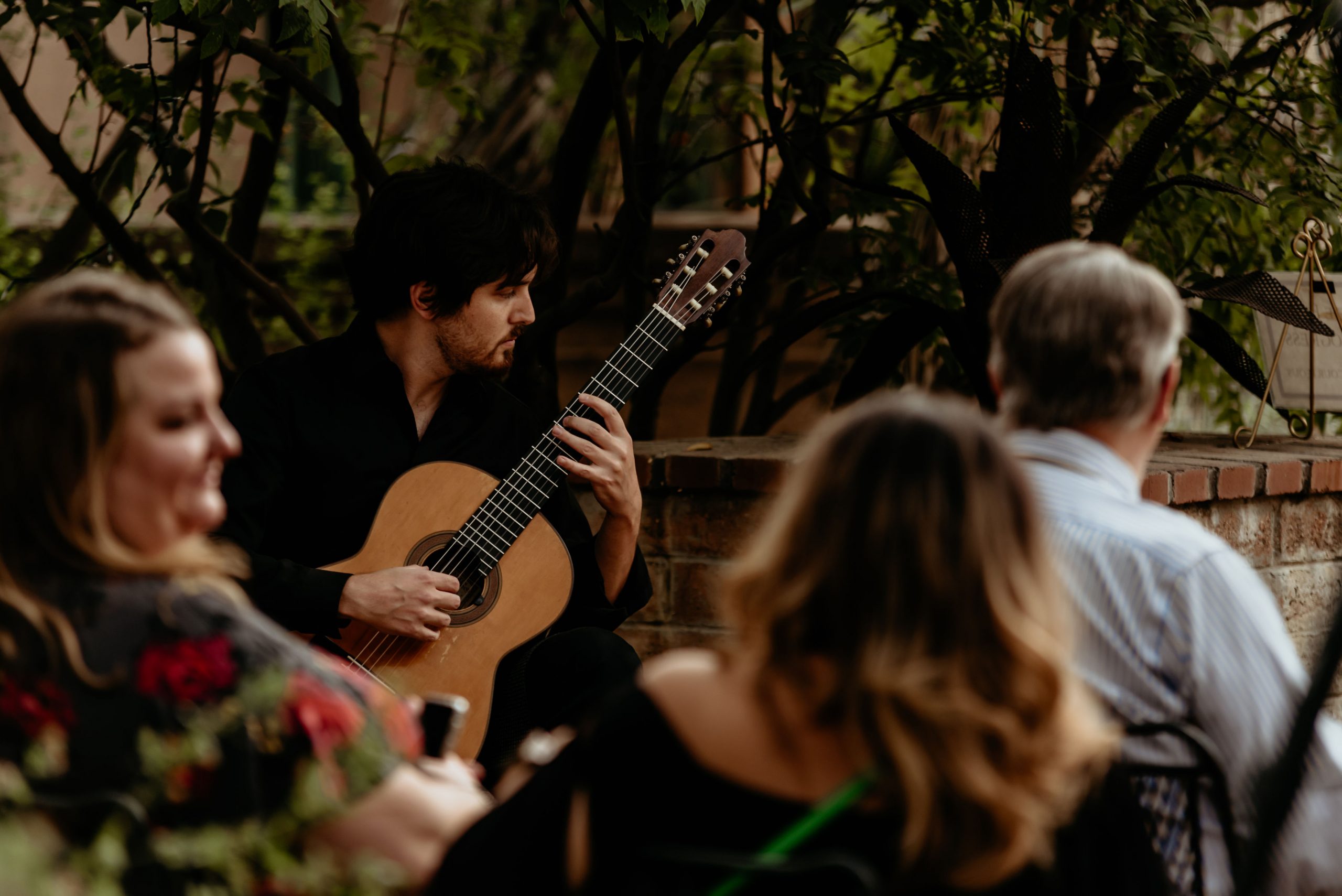 Guitarist Lucas Julián Carballeira delivers a blend of virtuoso classical guitar and rhythmic flair that delights audiences. His curiosity for music has led him to explore many styles of music including classical, rock, metal, punk, blues, and jazz. He is a traveling musician that has studied at top music conservatories and universities across North America and Europe, competing and taking masterclasses from the leading professionals in his field. He received his Bachelor of Arts (2017) and Master of Music (2020) degrees from the University of Arizona in Tucson. He also performs in Tucson as a vocalist/guitarist in the band Soakset.